What is the Meaning of Om?

Depending on the type of yoga classes you try out, you may or may not have attended one where chanting takes place. If you have then you probably would have heard the sound OM chanted either on its own or in a phrase. Om, also written as AUM, is probably the most common symbol seen and used in yoga classes and gets recited either at the beginning and/or end of a practice. It is a single syllable mantra known as a bija mantra. 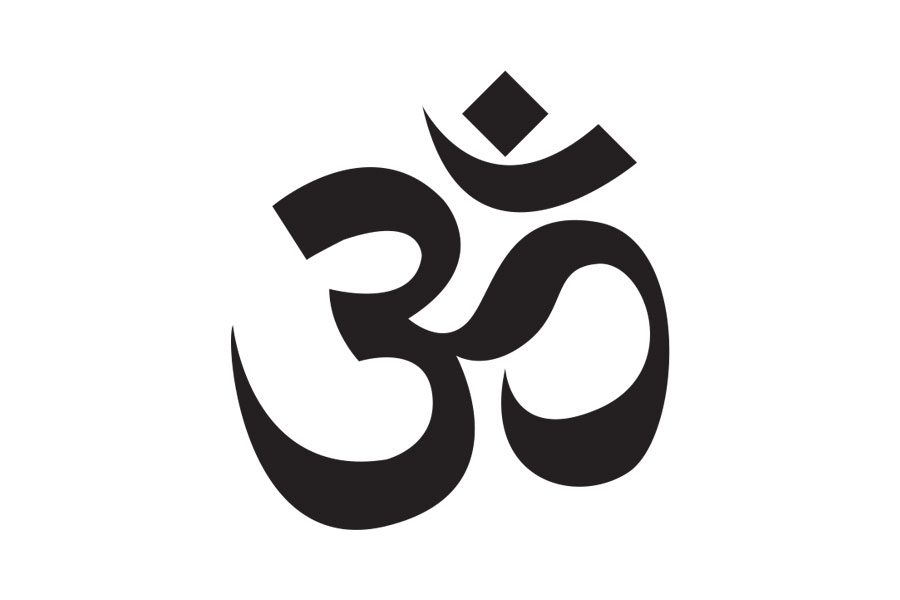 Om is a Sanskrit syllable that originated around 1500-1200 BC and was noted in the ancient Vedic texts. It is known as a sacred sound encompassing everything and anything. It is the sound of the universe associated with spiritual concepts. It is the merging of our physical body and spiritual being into one, it is the essence of life, the vehicle of self-knowledge. It is believed to reside within us and all living beings, it is that which connects us all to nature and the universe. Om symbolizes and represents a multitude of abstract ideas, here are some mentioned by Iyengar in Light on Yoga:

With so many representations we see that this word is very vast and abstract in its meaning, which is why it is used as a tool for meditation, as the meaning lies with the meditator.

How to chant Om

To sound it out take a breath in through the nose and then open your mouth, start with the sound ‘ahh’ at the back of the throat. Then bring the sound forward in the mouth to ‘ooo’ and then ‘mmm’ with the lips closing. You end the ‘mmm’ once your exhalation as finished. Inhale again through the nose and repeat. You can chant for as long as you wish and do as many cycles as you feel you need. I like to do it at the end of a yoga practice in Sukhasana (easy seated pose). Usually I’ll do about three out loud, to really feel that vibration, then progress with each one after that getting softer until I’m doing them in silence.

Chanting OM clears blockages in the vocal cords, which will help with opening up the Throat Chakra and improving communication. It helps clear the physical body, the chakras and the auric field of negativity. It is soothing, calming and relaxing, great for reducing stress and anxiety.

Om is a great aid in helping us find that deeper spiritual connection with self and universe when practicing yoga.